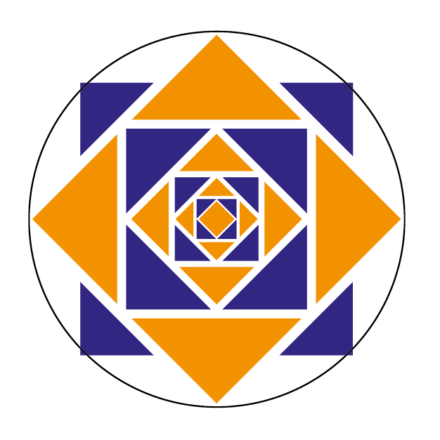 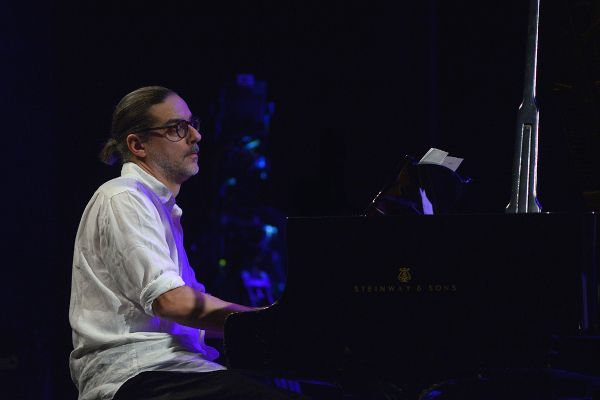 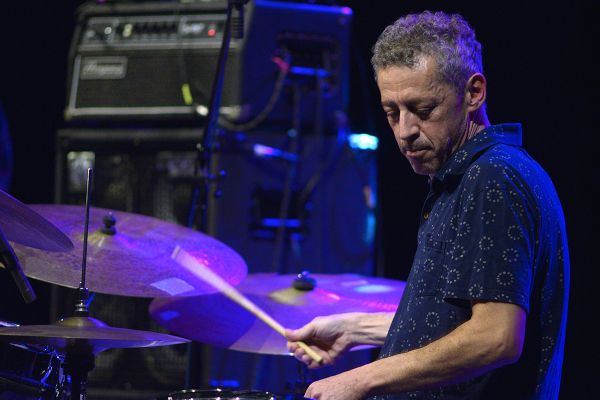 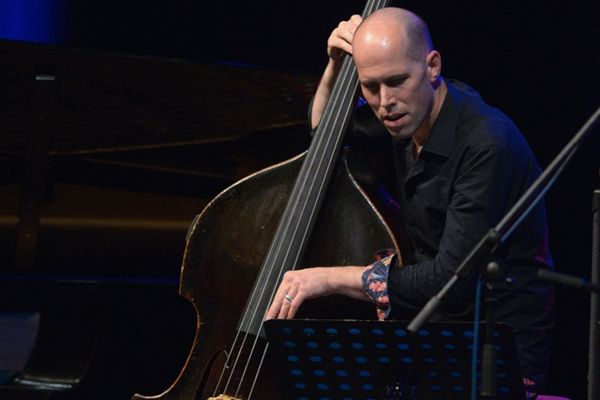 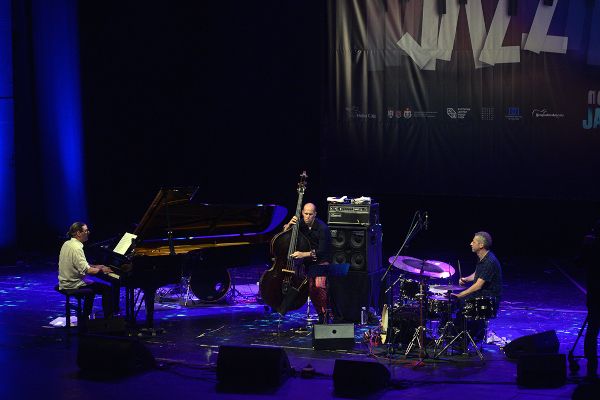 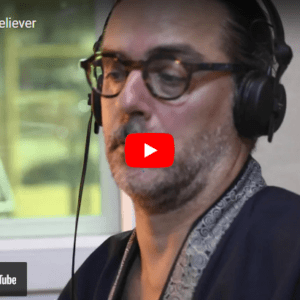 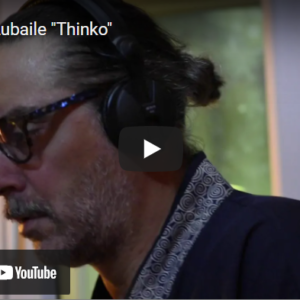 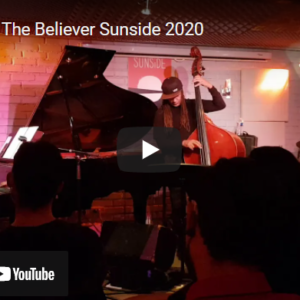 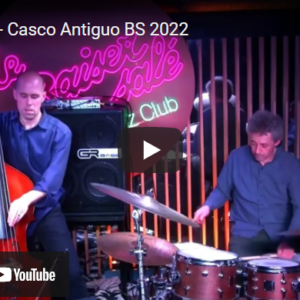 David Aubaile Trio is an equilateral triangle whose vertex is interchangeable. David Aubaile is certainly the instigator and composer of this music, but they all play on equal terms. These three friends have a lot of stage experience and spontaneity, and manage to share the musical lead.

« With Thinko, David Aubaile offers us an album of incredible melodic and rhythmic evidence. With his accomplices, Chris Jenning and Karim Ziad, he unfolds with an immense ease and a rare coherence ten compositions, each one volcanic, melancholic or soothing. A magnificent project to discover without fail! » Revue de l’ENA

David Aubaile has been immersed since childhood in multiple musical and cultural environments that favored his intellectual openness and creative hybridization. His mother, an ethnobotanist with a passion for classical music, and his father, an engineer with a passion for jazz, brought him up in London and then in Toledo. He was surrounded by the secular beauty of 11th century Arab syncretism and Mudejar songs. In Paris, he studied classical flute, learned piano and harmony by himself. He also learned law and ancient Japanese before luck brought him back to music…

After participating in countless projects around the world with great artists and musicians, he understands that Belleville, Bamako, Yerevan, Algiers, Tôkyô, Buenos Aires, Istanbul or Belgrade have created a confluence in his head and his flesh, and decides that his music will become his own crossbreeding, a digestion of his journey. He intends today to move and exceed the musical traditions to create his own melody. Never mind the definitions, the who’s who, the straight lines and the direct inheritance. He comes out with harmonically simple pieces, both European and Mediterranean, often on odd rhythms, called lame. Rhythms in 5, 7, 11 beats, far from an alienating binary manicheism with prime numbers, just like life can be: apparently simple and so full of meanders, where balance is not always in the conformity that we think. Jazz is the form of his music: the sound of a piano, a double bass and a drum; no artifices, no synthesizers: a simple and readable vibratory base… One of the most atemporal forms not to prevail on the background. And who else than Karim Ziad, world-renowned master of drums, and Chris Jennings, all-round bassist, to support this project? In a troubled and hesitant world, this music, both sober and complex, naturally takes on a political meaning, as an opening and a space where rhythms live and breathe in the same way that people cohabit and live together. At a time when people are trying to shut themselves awaye, it claims the right to simply make spatial entities live together. Music is space, and whatever the metrics, it is just the space of the unit that counts. Everything is one.

Poly-instrumentalist, composer, arranger and producer, David Aubaile sails outside the borders and draws an open existence where music can only be mixed, intrinsically lively and alive. From flutes to keyboards, his knowledge of the classical and jazz worlds, his taste for traditional music and his desire to keep a wide ear, everything links him with the same enthusiasm to very varied projects. While developing personal proposals in duo and trio, he has accompanied on stage or in studio Salif Keita, Sergent Garcia, Oxmo Puccino, Brigitte Fontaine, Ziggy Marley or Tété. But also Khaled, Lokua Kanza, Arthur H, Calypso Rose or Karim Ziad with whom he works regularly. David Aubaile also composes for theater and dance, illustrates documentary films, produces albums, has conducted the orchestra and singers on the French adaptations of Anglo-Saxon musicals (Dirty Dancing, The Original Story on Stage, Bodyguard, The Musical) and teaches at the Centre d’Informations Musicales, the CIM, the first school of jazz and contemporary music created in France.

He is an insatiable traveler, a drummer, singer, composer, arranger, conductor and programmer. Karim Ziad has been artistic director for the « Festival Gnaoua et Musiques du Monde » in Essaouira, Morocco, for over 10 years. Since his arrival in Paris in 1989, this funny and mystical character plays a music beyond borders and seeks to draw from all the roots to open the horizons, digging in particular the possibilities of meeting between jazz’s freedom and popular music. He has become a major drummer and produced 5 albums under his name, including Ifriqya on Act Music, and collaborating with Safy Boutella, Cheb Mami, Khaled, Bojan Z, Nguyen Lé, Vince Mendoza, WDR big band, Sixun and Joe Zawinul, founder of Weather Report.

Based in Paris France since 2002, Canadian bassist Chris Jennings has established himself with the Dhafer Youssef Quartet with Tigran Hamasyan and Mark Guiliana, with many bands of guitarist Nguyên Lê including his Streams Quartet, a quartet with Rita Maroctulli, Danny Gottlieb, ou Karim Ziad and Bojan Z as well as with Turkish ney master Kudsi Ergüner. He is bassist in the Joachim Kühn « New Trio » and the El Gusto Algerian traditional Chaabi orchestra, the Gregory Privat Trio, the Titi Robin « Nargis Trio » and the Céline Bonacina Quartet featuring Gwilym Simcock. Drum’n Koto, his 7th album as a leader in trio with japanese koto player Mieko Miyazaki & Patrick Goraguer on drums & Iranian santour was « Disc of the Month » by Jazz News magazine France. His next album of his latest Chris Jennings Piano Quartet + features Patrick Goraguer, Kalle Karim, Eric Schaefer and Hayden Chisholm. 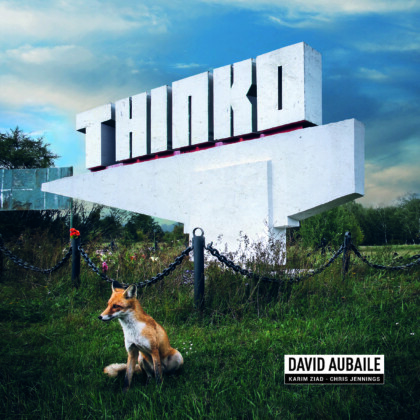 « Delicate decompositions of the drums, suppleness of the double bass, grooves, luminous harmonies and twirling break for the piano »

Télérama Sortir
« The pieces seem inhabited by an instinctive energy »

Jazz News – Radiocampus
« A wise muddle, both Mediterranean and European. David Aubaile transforms the content thanks to the languages encountered on his way  »
« So many emotions, a disc of feeling »

The band is based in France and available on request for concerts.