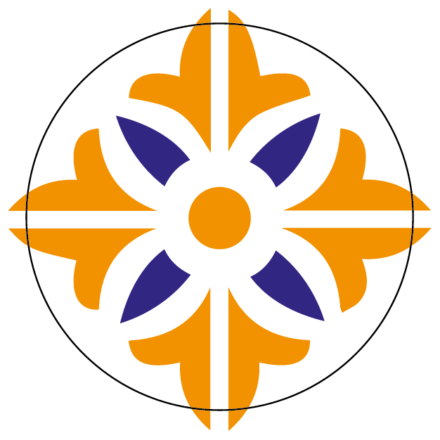 A brilliant contribution to the harp history in jazz 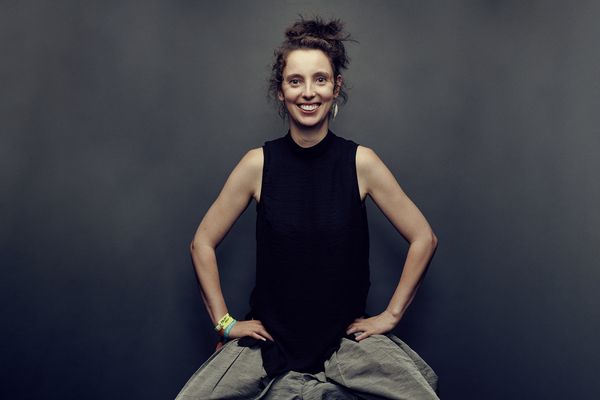 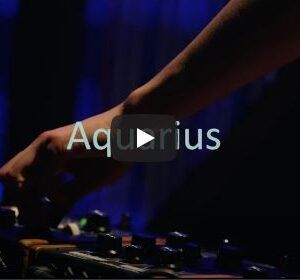 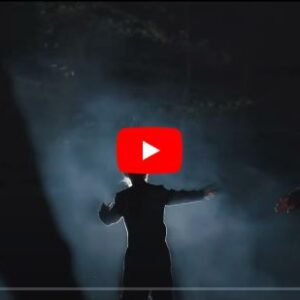 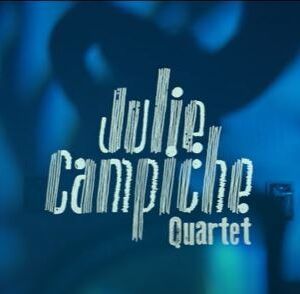 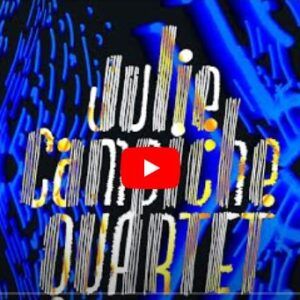 Julie Campiche‘s artistic language is an ongoing process that combines her reflections on the world with musical innovation. A pioneer of the jazz harp, she develops a unique style through the exploration of improvisation, classical and electronic music, for a rich sound that flirts with the experimental.

After five years of touring and more than 115 concerts on beautiful European stages, the Julie Campiche Quartet, composed of Swiss musicians of the new generation, has evolved with one voice into a new visionary territory. It is conceptual and intimate, with more advanced orchestral arrangements, more expressive instrumentation and ever more complex musical and harmonic structures.

They are back with a second album You Matter: an innovative work of avant-garde jazz whose common threads are woven by the magical, unexpected and sensitive sounds of the harp. The group delivers a compelling and hopeful message built around societal issues such as climate change, the refugee crisis, patriarchy and human identity. These themes give their music a fragility that is both determined and urgent, as compelling as it is reflective.

In concert, the quartet likes to surround itself with a psychedelic set design, for an immersive listening experience, a unique sensory journey.

« The idea is to reconnect with ourselves; with the feeling that can impact our world; that our actions are important and meaningful. What I’m trying to do as an artist is to create a link between the big and the small, the intimate and the societal. We all matters, You Matter, so don’t give up. We can all make a difference » – Julie Campiche.

Baroque ensemble & Julie Campiche Quartet
The baroque ensemble Capelle Jenensis met the Julie Campiche Quartet for a spectacular concert in Jena on November 2019. The resulting concert/journey begins with baroque yet culminates in jazz. There are unexpected lyrical interludes along the way!
This project won 1st prize at the Nacht Klang of Musikfest Erzgebirge and the radio Deutschlandfunk Kultur will produce an album with this music.

Harpist Julie Campiche’s work is an on-going process of musical innovation. Through research and experimentation she has developed the use of electronic effects that enhance the scope of her improvisational work. She has a very personnel technique and her own musical language.

She introduced her harp into the world of jazz and contem-porary music in a very organic way.

She now performs in numerous European clubs and festivals on a regular basis. Through her innate curiosity and desire for new experience she plays with groups that have diverse instrumentation andesthetics. She has played with musicians such as Malcolm Braff, Jasper Hoiby, Andreas Schaerer, Anders Jormin, to name only a few.

With her band Orioxy, Julie has toured in Europe from 2008 to 2016 and released three albums which have received positive reviews in the international press. The albums have been classified as Revelation (Jazz Magazine), Favorite (République du Jazz), Discovery (Jazz News) and received 4 stars (Jazz Magazine). The latest CD was nominated for the German Disc Critics’ Awardin the World Music category. Two songs were included in Swiss Vibesand Pro Helvetia’s 2014 Jazz Made in Switzerland compilations. The band has received Swiss Arts Council Pro Helvetia 2015-2017 High Priority Support. With this project, Julie was awarded the Avignon International Jazz Contest Grand Jury Award in August, 2013.

After 8 years with her group Orioxy, she began in 2016 a unique musical adventure in a purely instrumental form and for the first time of her career, under her own name. Today, the Julie Campiche Quartet has more than hundred concerts in Europe to its credit. Its first album was released in February 2020 on the German label Meta Records : Onkalo. In 2018, the quartet was selected to represent Switzerland at the 12 Points Festival in Dublin and nominated for the Montreux Jazz New Talent Award.

In parallel to her career as a performing musician, Julie Campiche started in 2013 to provide various workshops in group or solo. Then, she has been a teacher at Elise Estavoyer’s harp school since 2018.

Recently, she discovered a great interest in composition. In September 2020, Julie received the Leenaards foundation cultural grant. This award allowed her to continue her training over a period of 18 months with composers who inspired her. Julie was pleased to be one of the three composers/composers of the Bodycity project, a multidisciplinary show that took place in January 2020 in Lausanne as part of the Youth Olympic Games. In November 2019, following the request of the baroque orchestra Capella Jenensis based in Jena, Julie wrote the music for a meeting between her quartet and a quartet of musicians from this baroque ensemble. This project won the 1st prize of Nacht Klang at the Musikfest Erzgebirge in September 2020. The prize won was the production of an album by the German radio Deutschlandfunk Kultur. In 2018, Julie participated in the Immortals project initiated by the Corps de Musique de Saint-Imier. Julie is also involved in the field of sound design. She received the mandate from the RTS (Radio Télévision Suisse) to create the jingle of the radio Espace 2 which remained on air from September 2016 to March 2020.

In January 2020 Julie initiated a new project entitled Julie Campiche – Strings Project, a new formation that brought together musicians from very different backgrounds. Julie herself had a history that brought together the three musical worlds of this ensemble: classical music, improvisation and electronic effects. With this project, she wanted to bring them together and push the limits of each of these musical styles.

In 2022, the Julie Campiche Quartet is back with a second album, You Matter, on Enja Records. It carries with it the five years of experience the ensemble has spent on the road.

« For me, being a musician is something sacred, essential and universal. I try to work on forgetting myself, create a space where I believe I can fly and share this space and connect. It is truly what I love. » 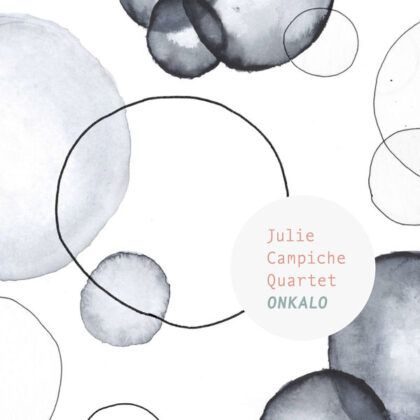 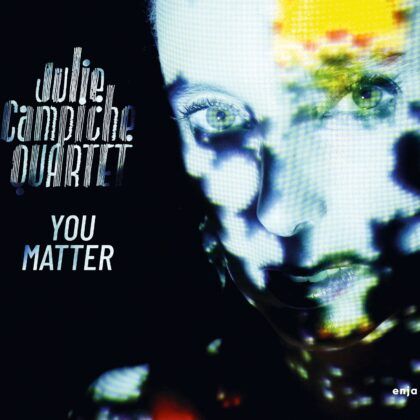 You Matter
JULIE CAMPICHE
Plus d'infos

« This is the music of the future performed here and now. »

« To be honest, I was so absorbed in the music by this point that I’d stop taking notes, happy to immerse myself in the richness of the quartet’s sound and the multiple twists ands turns of the writing. »

« After waiting so long to see this band this gig was everything that I had expected and a definite festival highlight. »

« It was all powerful stuff, driven by the reined in pyrotechnics of Campiche’s simmering rage and aspirations for change »

« This track (Onkalo) is an absolute stand out for its inventiveness, the different ways each instrument plays and reacts to the others and the improvised feel to it. The harp flourishes which finish add an essence of purity and flowing hope to the final bars.

« Her sound on the harp is very individual and captivating, her music from groovy to contemplative, from ambient to modern jazz, with deep musical content, at the same time accessible and challenging and rewarding when listening closely. And it can be all that in one song … without losing its magic!! Julie Campiche is sure an artist to have an eye on for the future! »

The Jazz Mann
« “Onkalo” represents an impressive musical statement from Campiche and her well balanced and highly talented quartet. (…) Campiche is a composer of vision and ambition and these pieces impress with the broadness of their scope and their effective use of colour, texture and dynamics. »

Jazzwise Magazine
« More subtle, yet equally impressive, Swiss harpist Julie Campiche’s UK debut revealed a unique voice both in her electronically processed instrument and the style of her playing. »

All About Jazz
« A singular voice, Camiche is carving out her own path and her development will merit watching. »

London Jazz News
« As regards bands which particularly impressed me, the combination of harp with saxophone, bass and drums in Julie Campiche’s Quartet stood out; they created a very attractive and distinctive sound. »

Artists who live in Switzerland and in France, and available, all year long, for programming.